YOUR SCORE-KEEPING and SCORE DISPLAY SYSTEM

The Trap League Teams Score keeping system is for a league where each team has 5 primary shooters (Post 1-5) and up to 3 substitute shooters. Each team shoots every week for 6, 8, or 10 weeks. The lowest score of each team can be dropped, so only 4 team members need to actually shoot. You can divided into classes (AA,A,B,C,D,E) based upon the teams performance. Each class is handicapped, so if AA class has a maximum yard-line of 27, the team in the lead will shoot from the 27, and for each team who is x number of points (adjustable) behind the leader, they will shoot from a lesser yard-line, based upon a adjustable handicap table.

Standard Lewis purse is calculated for you with changeable options of percentage payments, number of groups, and fee.

League fees are tracked and reported.

For club's that do not have a website, your event participants can go to this site and view the results.

Features of the Trap League Team Scoring and Display System

Options for the League are: 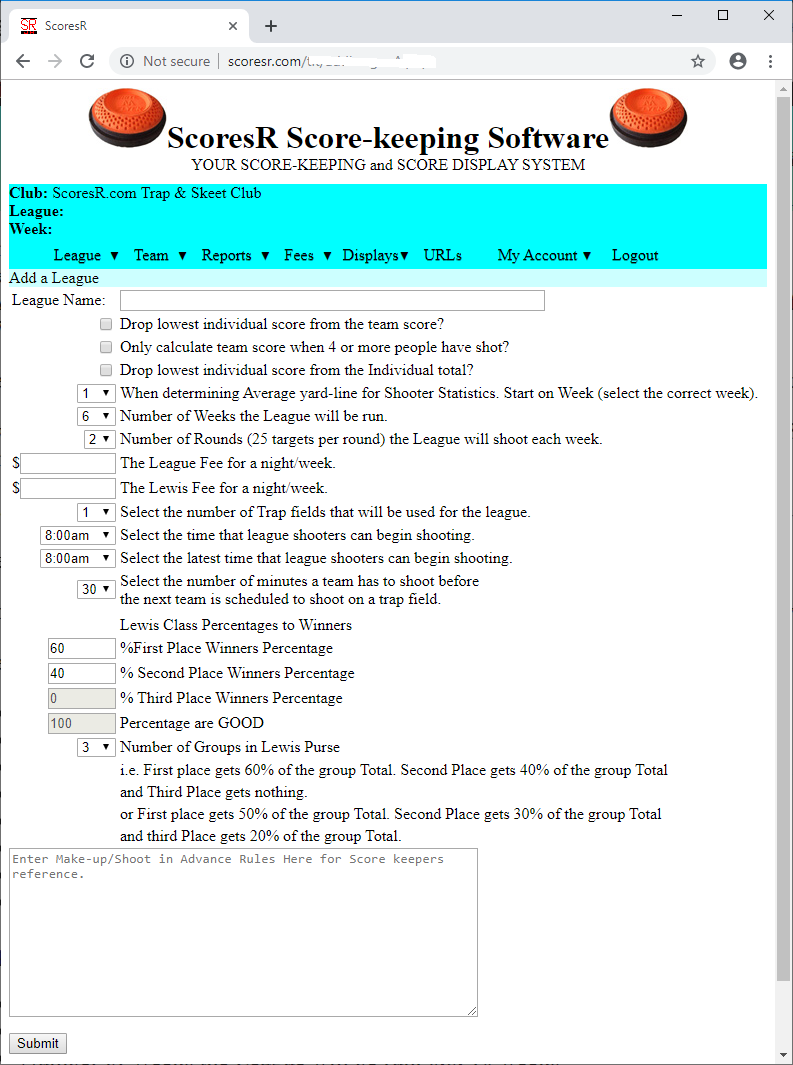 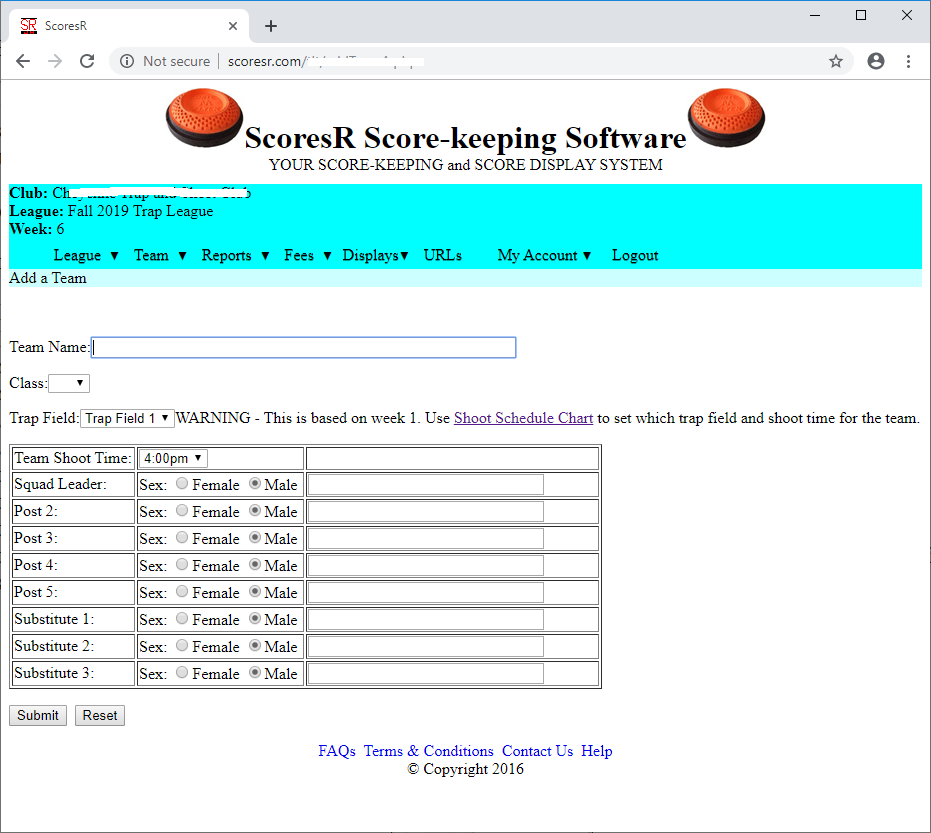 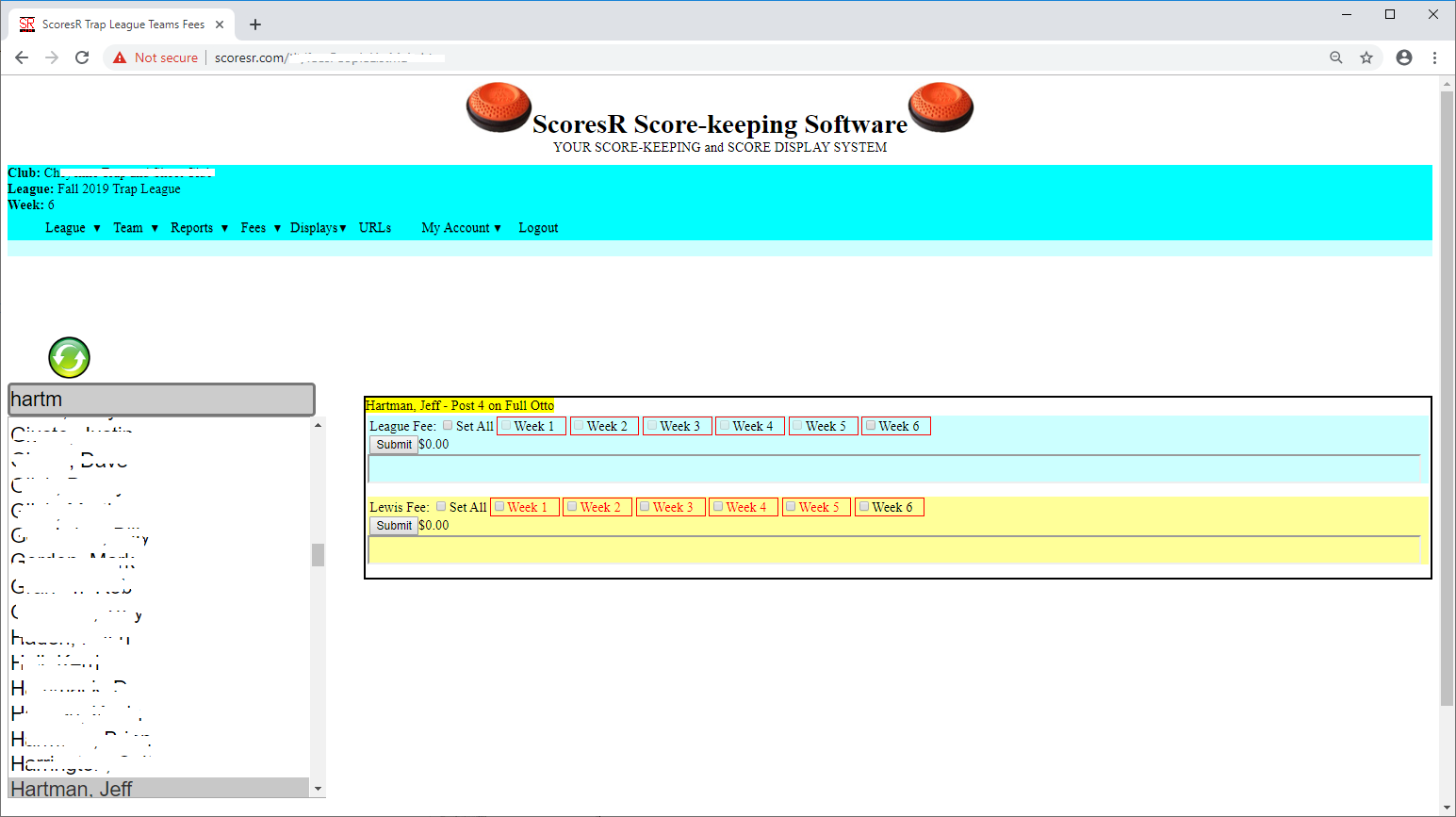